In addition to Muni, there are several private shuttle agencies that operate in SF. Did you ever wish those shuttles were in Citymapper?

If you're a UCSF student, employee, guest, or patient, you can rejoice because the campus shuttle routes are now in the app!

When you plan a trip, the UCSF shuttle routes appear on the results page in a new section called More: With Private Shuttles. The UCSF routes will show up in combination with other agencies like BART and Muni. 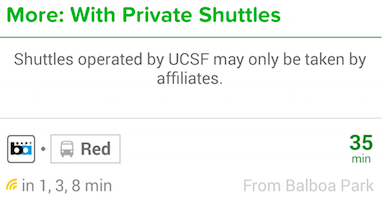 We'll show you exactly where the UCSF bus stops are, as well as the real-time arrivals for each bus. 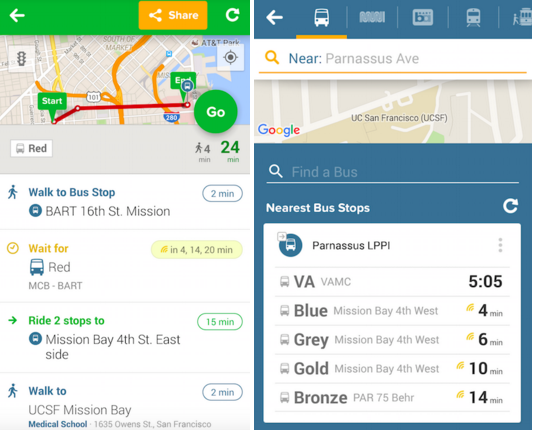 The UCSF shuttle routes don't exist in an open data format, so they were added to Citymapper by an awesome superuser (thanks, Louis!) with our tools for building routes. If you're a rider of one of the other shuttle systems in the Bay Area and would like to help add them to the app, please get in touch with us at support@citymapper.com.