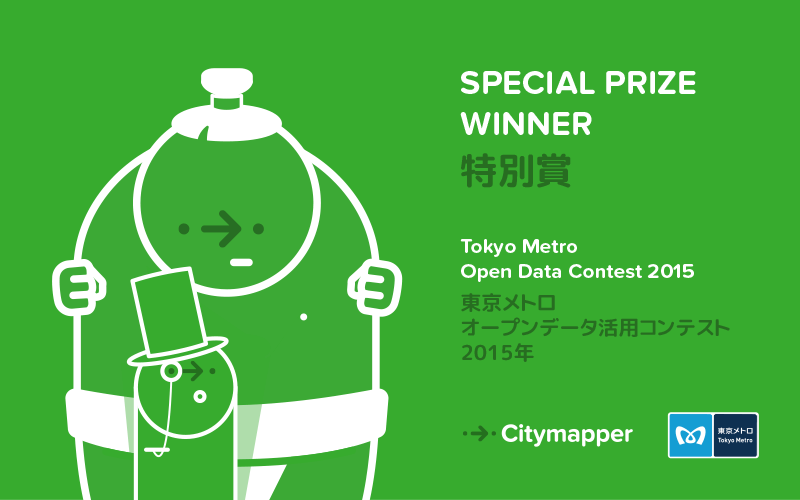 We are proud to announce that we have been awarded the Special Prize in Tokyo Metro’s Open Data Contest. This contest, held in honor of Tokyo Metro’s 10th anniversary, is the first time a transit agency in Japan has made their data open to the public.

The contest received 281 submissions from all over the world. We're honored to be the only submission from outside Japan to win a prize.

Here are some pictures of the bling bling we received:

The dataset in Tokyo is not complete, we're looking forward to more data becoming available from other agencies and providers. So that we can make the app usable to tourists and locals alike to navigate the world's largest city. Or perhaps we'll generate our own data to help...