An exercise in Time Travel: adding Cityringen and the Nordhavn/Sydhavn line

Since we've been waiting almost a decade for Copenhagen's Cityring, we couldn't wait any longer.

We've build the entire Cityring in beta mode and added it in the app.

Oh, and we also included the Nordhavn & Sydhavn extensions.

The red Cityring runs underground across downtown Copenhagen, the 'bridge quarters', and Frederiksberg. 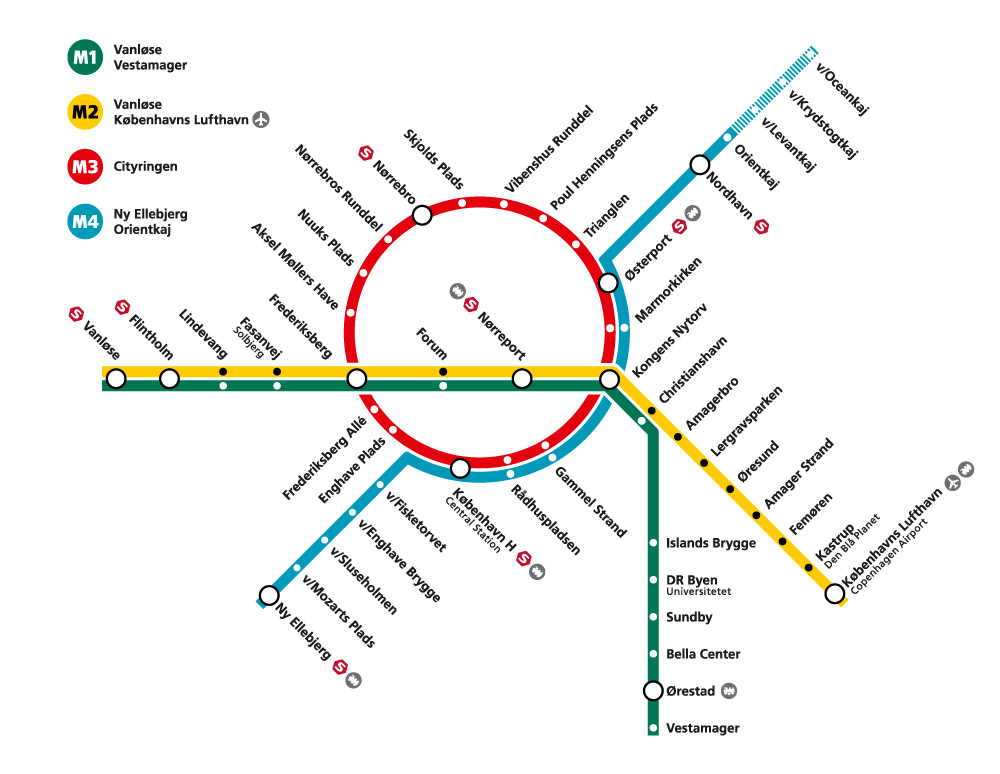 Now, when you do an A to B search in the app where Cityringen and the Nordhavn/Sydhavn extensions will work in the future, the option will appear in "The Future" section on the results page. 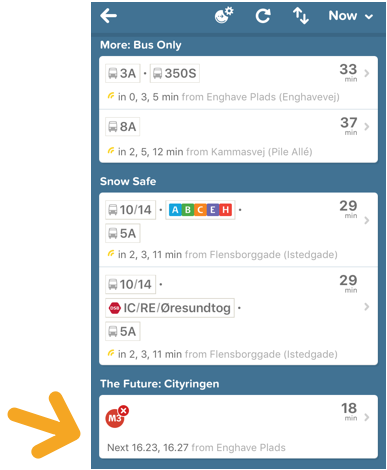 Let's take it for a spin

The current fastest option: Take bus 3A and transfer to bus 5A. It takes 30 minutes. Golly.

In the future, via Cityringen, the same trip will take only 16 minutes with NO transfers! 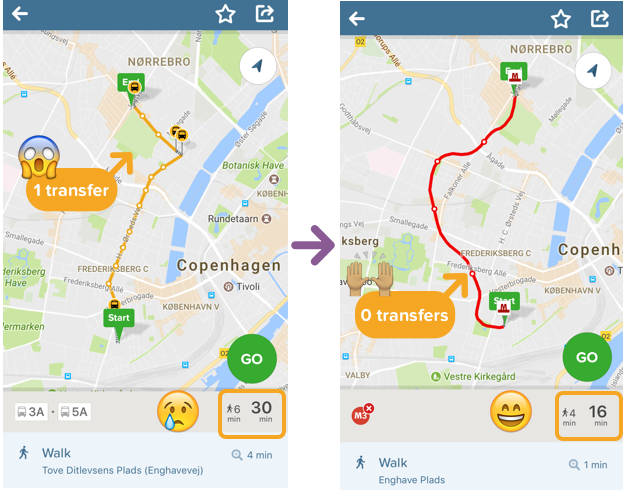 Here's an example from Marmorkirken to Copenhagen Central Station.

The current fastest option: Take bus 1A for 20 minutes and pray that traffic is light.

In the future, via the Nordhavn/Sydhavn extension, the same trip will take only 12 minutes and avoid road traffic! 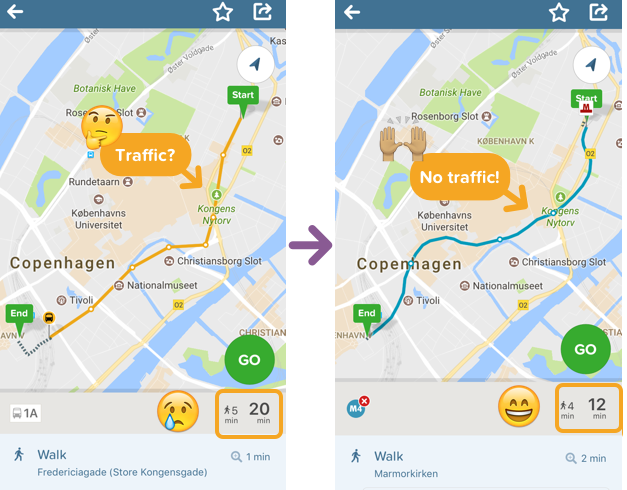 Cityringen has been underway for nearly a decade

The Cityring plans were approved by the Danish Parliament in June 2007.

In November 2010, the referred bidders were announced.

After nearly a decade of planning and construction, the new lines are now scheduled to open in three phases:

Phase 2: The two stations on the Nordhavn extension (M4 - North) is scheduled to open in end 2019

Phase 3: The five stations on the Sydhavn extension (M4 - South) is scheduled to open in 2023 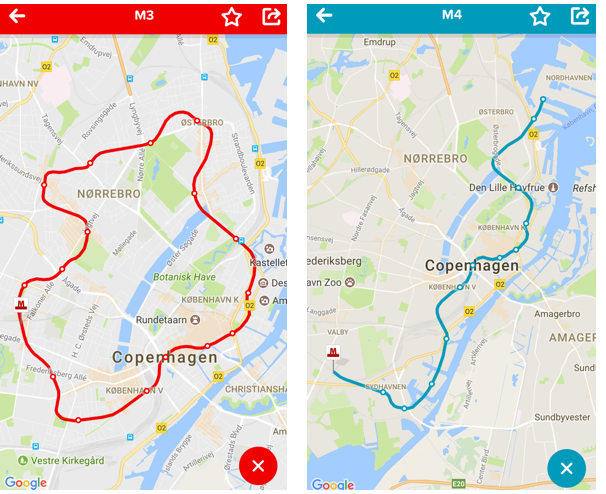 Have a look for yourself

But if you, like us, can't wait to see what Copenhagen feels like with Cityringen and the Nordhavn/Sydhavn extensions open: Just open our app, plan a trip, and have a look for yourself.

We haven't solved time travel yet but this is a start.