SEPTA Strike is over

A contract agreement has been reached.

Most SEPTA buses, trolleys and subway lines are not running until further notice after SEPTA and the workers' union failed to agree on a new contract.

You can use Citymapper to get alternative routes

All our results are Strike Safe: we only show you options with lines that are actually running. 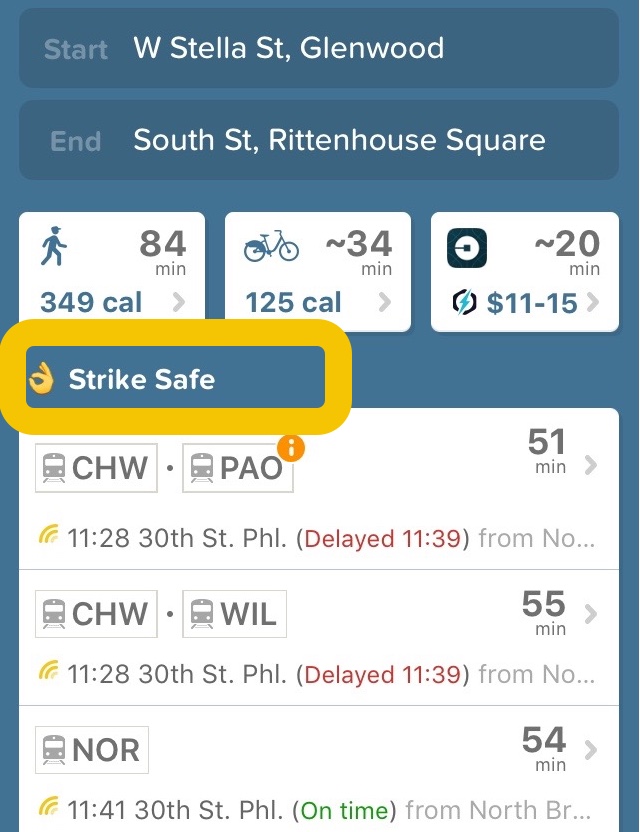 Get updates on which SETPA lines are running. 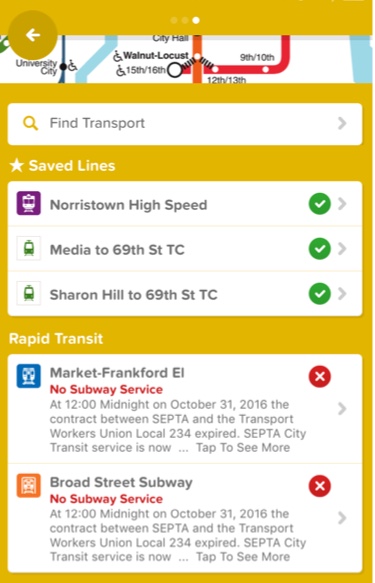 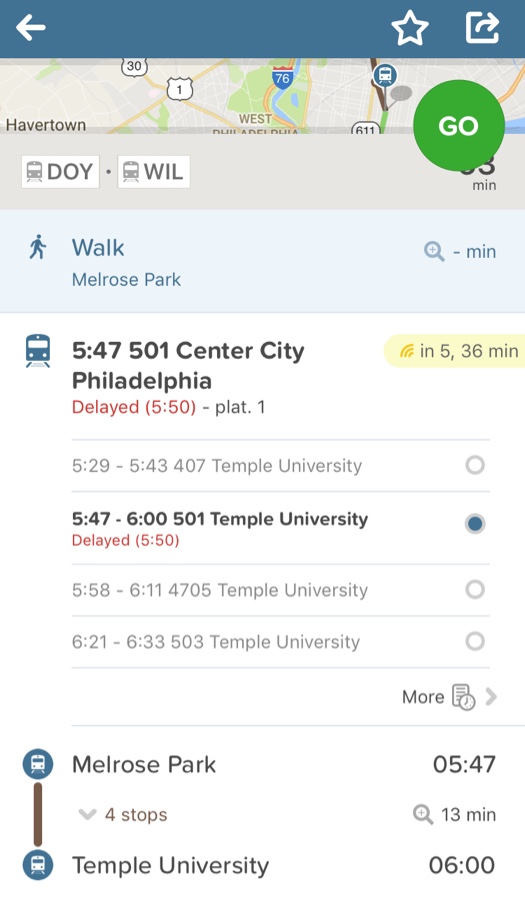 Save time by combining Uber and Lyft with trains. 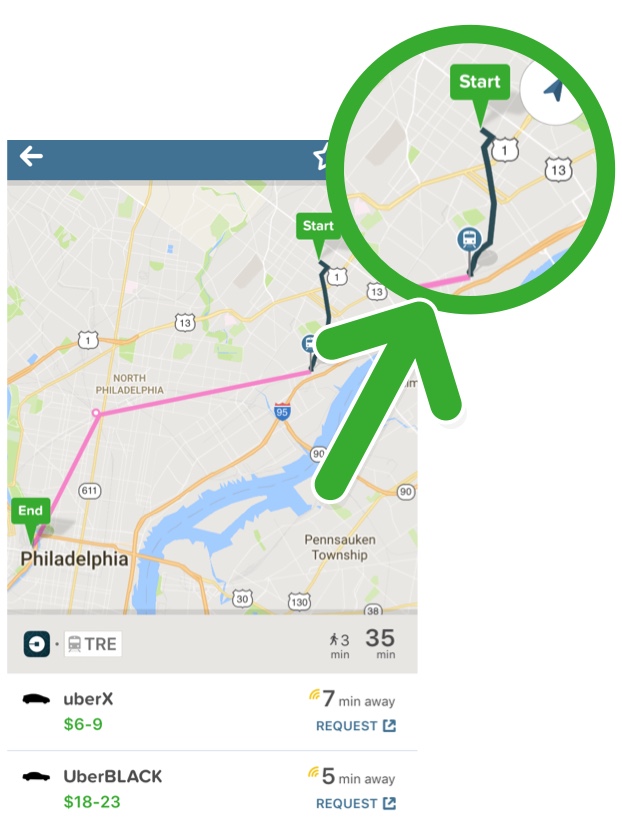 Get an Indego bike to the nearest train station. 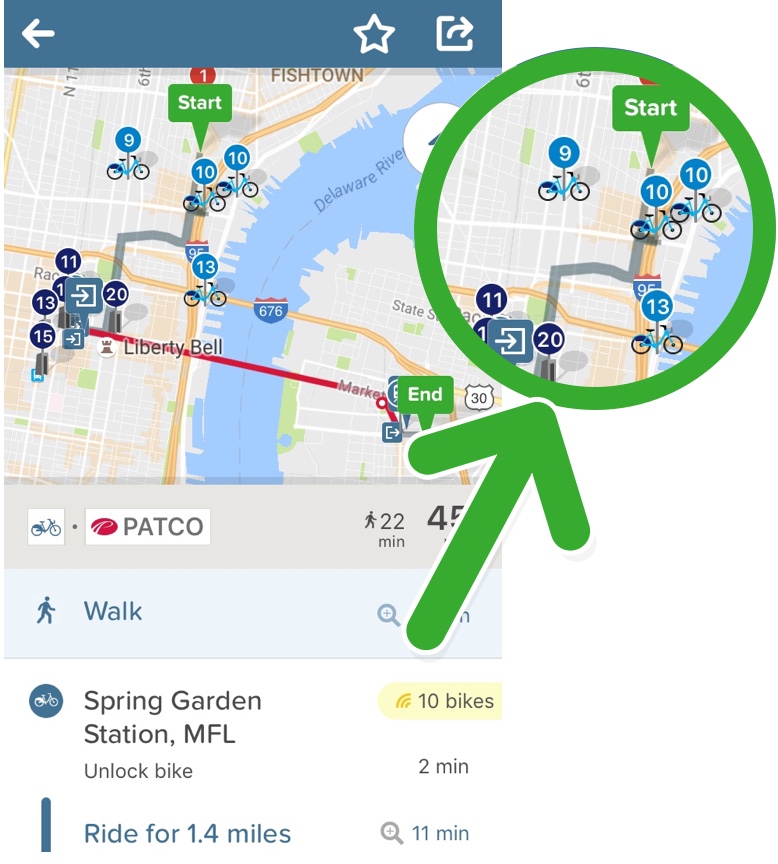 We'll keep updating the app as the situation evolves

You can also check the SEPTA's Service Interruption Guide.