eCab is now available in our app in all cities where we mutually have coverage, including Vancouver (Yellow Cabs, Black Top, McLure’s and Vancouver Taxi) and Toronto.

Thanks to eCab's API, Citymapper will let you check waiting time for the closest taxis and compare ETA with transit options. 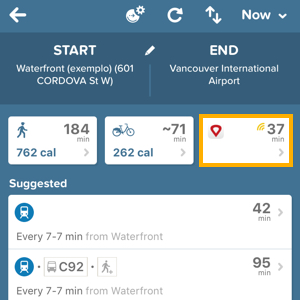 If you tap through, we will connect you to the eCab app so that you can immediately book in one tap. With your destination pre-entered so no need to explain to the driver where you're going. 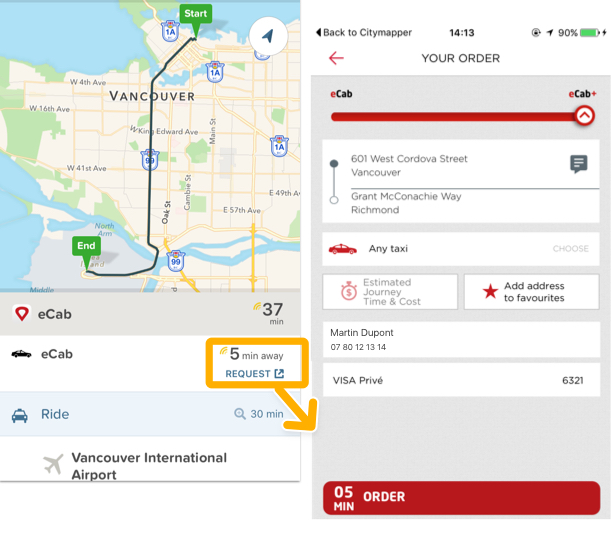 You will only have to pay the driver at the end of the ride, except if you pick eCab+ or eCab VIP.

On iOS eCab also works with our Multimodal Transit + Car routing. How cool is that.